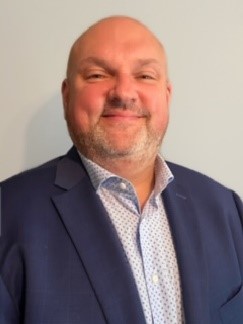 A native Clevelander who received his doctorate from Ohio Northern University in 2001. After graduation, I began my career in long-term care working for Omnicare as a consultant and operations pharmacist where my love of sterile compounding began. During this time, I became a Certified Geriatric Pharmacist and held that distinction for more than 10 years. After leaving Omnicare, I began a career in home infusion serving as the Director of Pharmacy services for Advanced Infusion Services. During my four years at AIS, the business grew by approximately 300 percent. After AIS, I joined Clinical Specialties, Inc. as the Corporate Director of Pharmacy. CSI had three locations in Ohio and serviced six states and over 4,000 patients for home and specialty infusion services. During my time at CSI, we developed extensive advancements with our proprietary software system to streamline pharmacy efficiencies and enhance patient safety. CSI was then acquired by Walgreens Home Infusion, now Option Care Health where I served as a Director of Pharmacy as well as the Pharmacy Lead for the nationwide implementation of a new software system in over 80 locations. I led a team of more than 25 pharmacy deployers who worked with locations to implement the new pharmacy platform. After, I returned as the Director of Pharmacy for the Cleveland Care Management Center. During my time in the home infusion industry, I was actively involved with the National Home Infusion Association (NHIA) by participating on their Education Committee to help plan the Annual Conference as well as a speaker and contributor to Infusion Magazine, the associations bi-monthly publication. After more than 13 years in the industry I was able to join the NHIA in December of 2019 as the Senior Director of Clinical Services. In this role, I assist with all educational programming for the membership, serve as a clinical editor of Infusion Magazine, and oversee benchmarking and research programming for our 501(c)3 affiliate, the National Home Infusion Foundation (NHIF). I also gave the pleasure of working with home and specialty infusion industry residents with our program that allows them to submit a poster and present yearly at our annual conference. I also serve as an NHIA liaison for a variety of other organizations.

In my spare time I enjoy spending time with my wife, daughter, and our goldendoodle as well as playing tennis. Home infusion is my passion and it is an honor to be able to work with providers and suppliers in our industry to provide care to patients in their home. 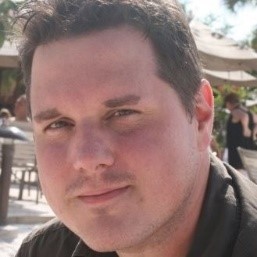 Drew Massey has a clearly defined vision for the future of Pharmacy.  Either the profession evolves and continues its long history of being one of the most trusted and accessible healthcare professionals or risk being relegated into the shadows.  The quality that sets him apart and qualifies him for this honor is how we “walks the walk” toward becoming a recognized provider every day.  “The 9-5,” which he jokingly adds is never an 8 hour day, is serving as the Director of Pharmacy and Clinical Operations at Fruth Pharmacy, overseeing 29 locations, a Patient Care Center, and Central Fulfillment.  However, he refers to being a pharmacist as so much more: time in the stores and giving back to the communities, lobbying for provider status and recognition for the services that pharmacists provide, combatting a broken reimbursement system, standing on the front lines both nationally and in the state of WV and combatting the Opioid Crisis and COVID-19, and putting “boots on the ground” when there is a job that needs to be done or a patient in need.  He balances his time with his family, but he is always at 100% for his company, patients, communities, and the professions he loves and instills this optimism in others.

Growing-up in rural Boone County, West Virginia, Drew’s family were mostly Coal Miner’s and Educators with the exception of his mother who is a Nurse.  He completed a Bachelor’s from West Virginia State College (now University) and worked on a Master’s Degree in Teaching at Marshall University.  When he made the decision to pursue pharmacy, the only choice was West Virginia University or WVU as Massey prefers to call his Alma Mater.  He honed his skills as an intern working for the Rite Aid and Kmart corporations and served a variety of roles during his decade tenure working for Kmart (Sears Holdings) as a pharmacist and leader.  In 2014, Drew transitioned to Fruth Pharmacy and has continued to advance both his career, the company, and the profession.

When COVID-19 struck, Drew engaged, and Fruth erected safety barriers, established sanitation protocols, and worked diligently to protect staff, customers, and communities.  There was a shortage in supplies and PPE, and Drew assisted his wife in making masks to donate.  After identifying the need, Drew and the management team established a working relationship with the West Virginia Joint Task Force and setup weekly COVID-19 testing events led by the leadership team and volunteers to fill a need and free-up valuable resources of the local health departments. Immunizations are his current focus, and Massey has been on the frontlines leading mass clinics, LTC immunizations, store immunizations, and giving up his personal time in the evenings to reach out to homebound patients with limited access.  His efforts have been recognized by local and national media although Massey although he will humbly insist that it is a team effort. 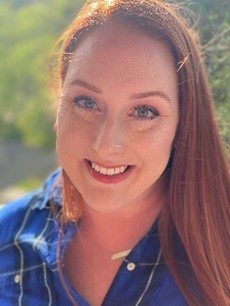 Amber Woodman began her pharmacy career in 2010 as a pharmacy technician at an HIV Specialty Pharmacy in one of San Francisco’s poorest neighborhoods and immediately saw the difference she could make in her community. She quickly realized that access to these life-saving medications was a significant issue and she began to learn how to navigate different financial assistance programs to help as many of her patients as she could. Between 2010 and 2019, she worked to grow her knowledge and resources at other specialty pharmacies expanding her knowledge in various disease states.

In 2019, Amber became a team member of the new Specialty Pharmacy at UCSF Medical Center in San Francisco, California. She has been the main technician for various clinics including Hepatology. Currently, she works with Rheumatology and Nephrology ensuring that all patients have continued access to their medications through prior authorization support, financial assistance, and provider and staff communication. Due to the COVID-19 pandemic, these services were needed more than ever as many patients lost not only their jobs but insurance coverage. Her position has allowed her to collaborate on other projects within the clinic, including creating a workflow and improving communication between her clinics, both outpatient and inpatient providers, and coordination of care for patients starting therapies while admitted to the hospital. She also plays a key role in a variety of Quality Improvement Projects, including the data collection of TB screening prior to starting biologic medications such as Humira and Enbrel.

Today, she happily works alongside her wonderful pharmacy colleagues that share the same values and strives to treat every patient, no matter the circumstances, with dignity, respect, and a smile. When she isn’t working, Amber enjoys spending time with her husband Matt, and their canine companion Lilo. Her pastimes include reading, yoga, cooking, baking, and deeply indulging in the True Crime genre.

SIGN UP FOR THE PHARMACY TIMES NEWSLETTER
Personalize the information you receive by selecting targeted content and special offers.